NSW Driver Trainers Association is the peak industry body for driving schools and trainers in New South Wales. We invite Learners to find a local driving instructor and get good resources here.

LOOKING FOR A DRIVING INSTRUCTOR?

Only $6 each posted directly to you – Order while stocks last.

Our members and Committee all share a commitment to safe, successful driving education for the NSW public. They uphold our Code of Conduct and stay up to date with the latest in road rules and vehicle technology. Along with many member benefits like reduced insurance, automotive discounts and more, our Committee has a voice on a state and national level. If you’re a driver trainer, talk to our committed, helpful, proactive team to find out how we can help make your business better.

Our Code of Best Practice is a guideline for members to meet and maintain high standards for quality, knowledge and customer care. This Code is shared with and accepted by new and renewing members. We uphold these principles with specific requirements outlined to deliver the best possible driving instruction to learners and the public.

Our key principles include:

We’ll send you a list of qualified NSW DTA members in your area. The choice is yours!

Find the nearest NSW Driver Trainers Association registered driving school or trainer in your region. With over 220,000 Driving Tests taken each year in NSW, good driving experience with driving instructors makes a difference to pass rates for L plates. Our members are experienced driver trainers who want to make all new drivers road smart, sensible and successful.

Learn to Drive with NSW DTA

Free resources here to share with young drivers for a safe start on the road. We offer insights and share the best reference materials available to promote good learner drivers. Our high standards support only experienced driving instructors as they guide learners, parents and carers at this important crossroads to driving responsibilities. Check out these links for reliable material to share with Learners and parents or carers 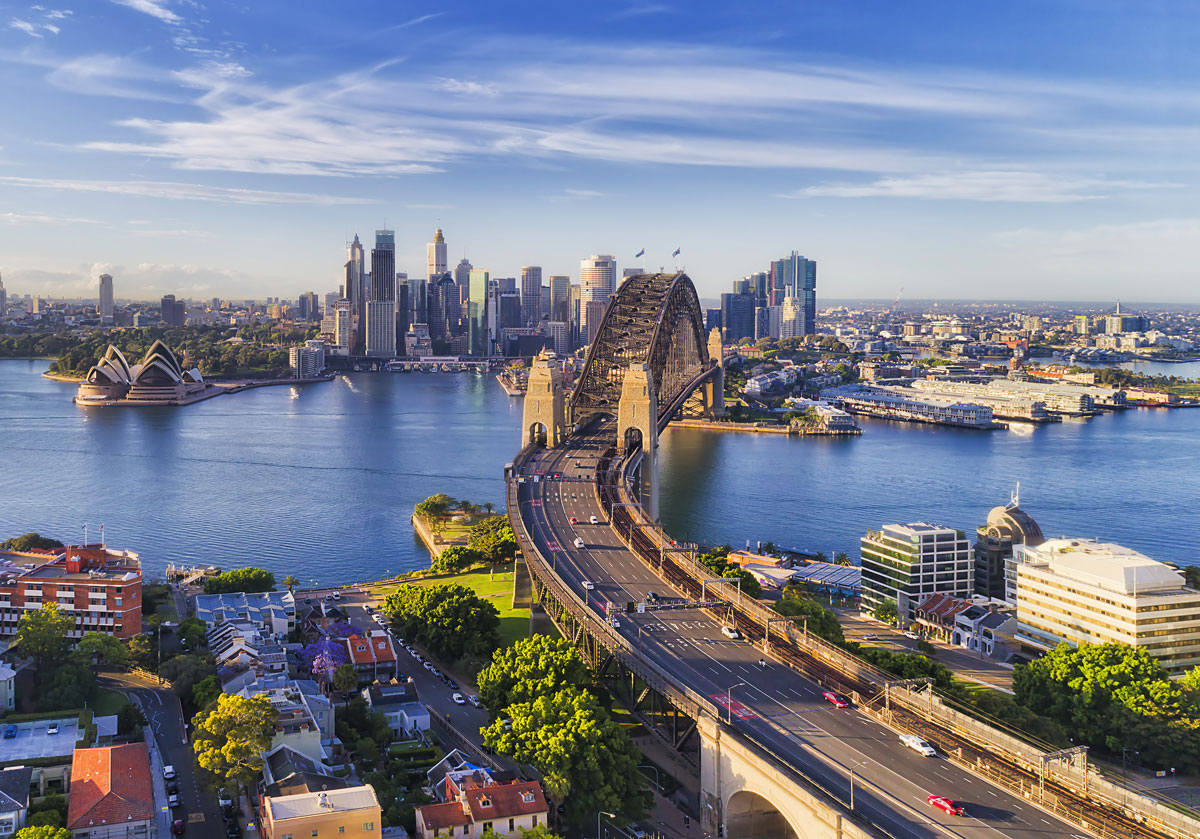 Becoming a NSW DTA Member qualifies you to become a driving instructor for the NSW Safer Drivers Course, administered by over 60 PCYCs across NSW.

We are a Committee and Association officers who actively work to be at the forefront of safe driving and quality driver education in NSW. As independent owners of Driving Schools ourselves, we look for helpful ways to support and promote all our member driving trainers. We also have Sponsorship opportunities and special offers for members to save on relevant services.

Join us! NSW DTA full Membership is $150 annually each January; $75 for Associate Membership. Click the New Member form to submit online to activate your membership. Renewing Members should click to receive an email with renewal instructions. We look forward to welcoming you.

Glad to see you! Let’s renew you…

NSW DTA members receive renewal emails each January and are invited to update their data. If you did not receive this or are a lapsed member (more than one year) please drop us this prompt and look for an email in your inbox shortly.

Our aim is to help driving instructors be the best they can be through information, resources to share with customers and professional development opportunities. We give members a voice in the industry, share timely news and provide relevant driving-related discounts and special deals.

Members have access to our Private Members Forum. Industry news, relevant announcements and member promotion are all part of our regular updates on Facebook. Follow us at http://facebook.com. We and our members also have profiles on LinkedIn to show our credentials and background. For special events we use Instagram.

Talk to us! NSW DTA encourages qualified, like-minded applicants to pursue this rewarding career. Contact a NSW DTA member in your area (see Find an Instructor buttons) to find out about mentor opportunities. See what it takes to get a Driving Instructor License at Service NSW. More details at NSW Transport (Roads and Maritime Services) or contact any of the listed RMS approved Instruction Facilities.

NSW DTA5 days ago
They make it look so easy... Give us feedback if you agree or not and what the pitfalls may be. (think PHONE + CHECK IN + DRIVING)

NSW DTA6 days ago
Our Members are encouraged to have their Learner's parents take part in this survey to help continuously improve on service delivery. We will be communicating with Service NSW on outcomes.

NSW DTA6 days ago
Props to our former Preso Anthony Cope for sharing this!

RYDA Road Safety
It's Road Safety Week in Australia and just as we did in NZ, we, along with our major partners are celebrating the achievements of some very special individuals and groups with the presentation of our Annual Supporting Excellence in Road Safety Awards. We're kicking off the week with the MTAA Super - Facilitator Award. This year, MTAA Super acknowledged the fantastic, Anthony Cope. Anthony has been working with RYDA students across Sydney and in the Illawarra region for around 9 years. He has a special knack for personalising every conversation and drawing from each student's own experience. Congratulations to Anthony and thank you to MTAA Super for recognising and celebrating Anthony's invaluable contribution to young drivers and their passengers.
View on Facebook

NSW DTA6 days ago
OPEN ROADS to our Southern Neighbours...

On Wednesday 8 July 2020, the Public Health (COVID-19 NSW and Victorian Border) Order 2020, under section 7 of the
Public Health Act 2010, directed that no one could enter NSW from Victoria, unless they fulfilled specific exemption criteria.

Over the past four-and-a-half months, more than 14,000 police officers from across the state have travelled to various locations across the NSW/Victorian border in support of the operation.

The high-visibility operation included General Duties officers from across NSW, as well as Traffic and Highway Patrol Command, and other specialist units, such as the Rescue and Bomb Disposal Unit and Dog Unit.

At the commencement of the operation, NSW Police Commissioner Mick Fuller APM appointed Assistant Commissioner Scott Whyte as the Operation Commander and Superintendent Paul Smith as the Forward Commander.

Police were assisted by the Australian Defence Force (ADF), with 1200 personnel from all three services – Army, Navy and Air Force – deployed from Thursday 9 July 2020 to Friday 30 October 2020.

The operation also benefited from the assistance of other NSW Government agencies, including Transport for NSW, and other law enforcement jurisdictions, including Victoria Police.

During the operation, police and ADF members manned 27 border checkpoints within five Police Districts across both Southern and Western Region.

More than 100,000 police shifts were completed, with an average of 500 police officers manning checkpoints along the border each day.

More than 80 per cent of vehicle movements were undertaken by local residents within border towns.

However, seventeen Penalty Infringement Notices (PINs) and seven charges were laid in relation to border control directions during the operation.

Almost 800 traffic infringements were issued, and more than 70 charges were laid for a range of offences, including drug supply, weapon possession and drink driving.

Minister for Police and Emergency Services David Elliott said the government has been focused on responding to the threat of the COVID-19 pandemic since the start of this crisis.

“All of the public health orders have been consistent with our commitment to keep the people of NSW and particularly our border communities safe,” Mr Elliott said.

“The border closures have been an extraordinarily difficult decision to make, but I cannot commend highly enough the dedication and professionalism of both NSW Police officers and our Australian Defence Force officers who have implemented the operational responses to limit the spread of the virus between NSW and its surrounding states.”

“From day one we said this would be a dynamic operation, and I am proud of the job our officers, in partnership with ADF members, have done in protecting the people of this state,” Commissioner Fuller said.

“Some have travelled long distances to be here, often for weeks at a time in difficult conditions, manning dozens of checkpoints, while acting in line with the health advice and making sure our community is protected.

“Today marks a new chapter in our fight against COVID-19, but I want to be clear – police will continue to enforce all public health orders as this pandemic evolves.”

Superintendent Paul Smith said the support of local communities from the coast to the South Australian border throughout the operation had been a major contributing factor to its success.

“I would like to extend my thanks to those border communities who were patient and complied with our directions over the past four months,” Superintendent Smith said.

“Police worked closely with local Members of Parliament and the mayors of border communities to minimise disruption to everyday lives.

“Not only was the community’s patience appreciated, but many of our officers have reported stories of their generosity, kindness and gratitude – which will not be forgotten.”

Police continue to appeal to the community to report suspected breaches of any public health order, or behaviour which may impact on the health and safety of the community.
View on Facebook

NSW DTA1 week ago
Association Committee Meeting this Sunday evening with a lot of discussion on 2021 Priorities. Send questions or suggestions for us at admin@nswdta.com.au or post a comment here.

Need information on membership or driver training in your area?

The NSW Driver Trainers Association (DTA), founded in 2002, aims to promote good driving education standards; to support driving instructors with consultation or resources; and to have a voice in government on road safety and driver responsibility. We are not-for-profit governed by an elected Committee and run by volunteers with administrative staff to help public and member enquiries and promote the NSW DTA.